You can now create up to 10 country groups for each campaign, and set a unique daily budget for each one.

This will allow you to consolidate campaigns that promote the same title in different countries with different budgets. You’ll also enjoy simplified campaign setup, and better reporting and analysis for both Android and iOS campaigns.

How to set up country groups

Inside the ironSource platform, go to the Campaign Management page and click New Campaign.

Choose the type of the daily budget you’d like to use:

Select the countries you’d like to include. You can also set a unique bid for each country. 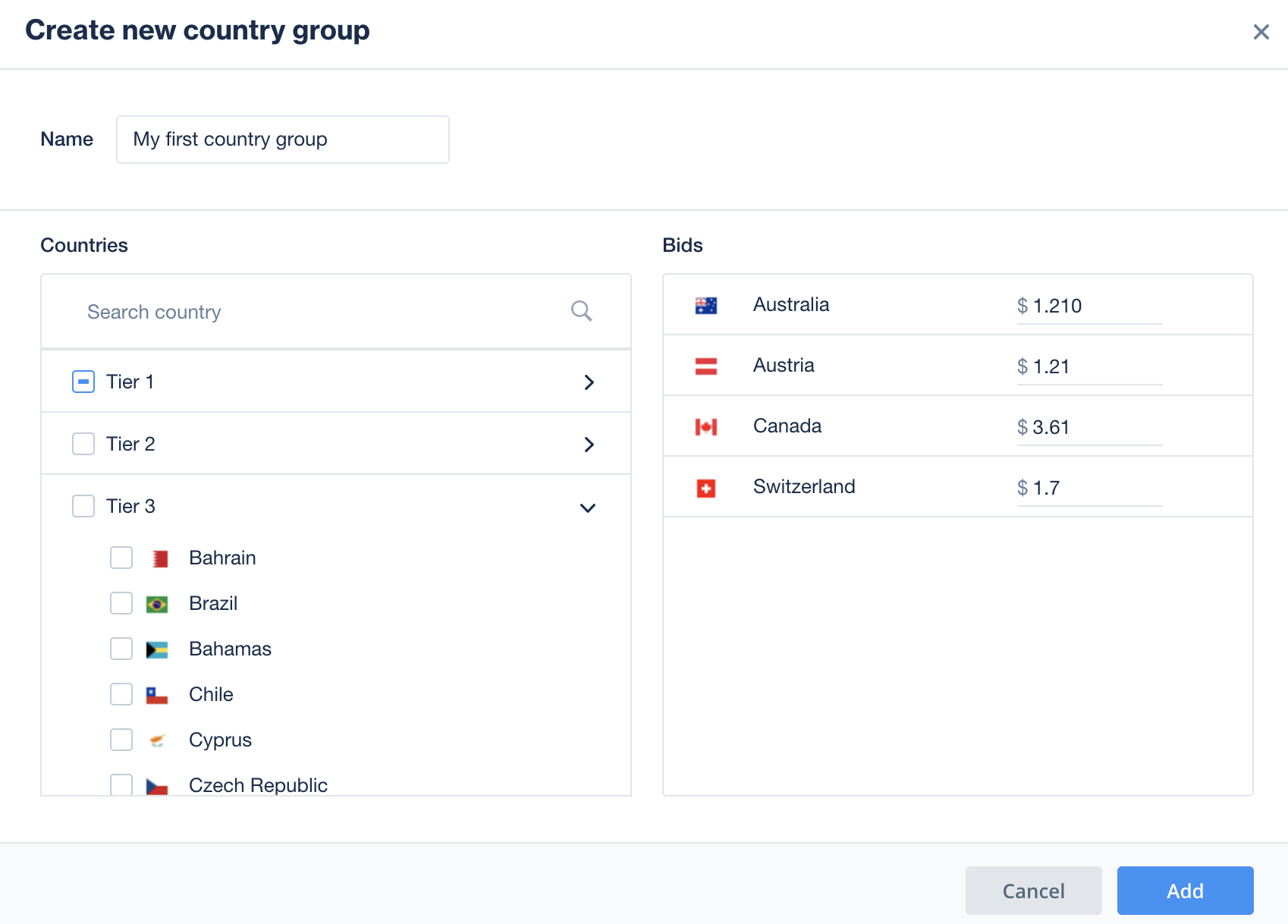 To unlock a country, click the lock 🔒  icon. This will allow you to add that country to the country group you’re creating.

For campaigns that were created before the country groups feature, the target countries have been automatically grouped together with the budget you set. All bids, total budgets, and daily budgets will stay the same.

You can add more country groups to existing campaigns at any time. 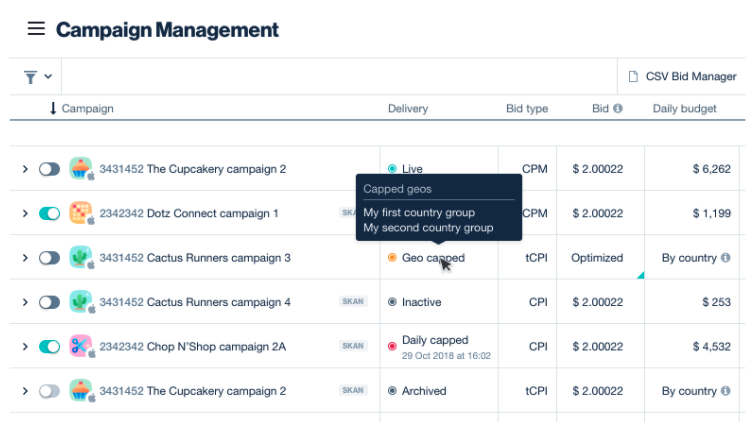 All other country groups in the campaign will continue delivering until their daily budgets are reached, or until the total campaign budget is reached.

In the Daily budget column, campaigns with budgets by country group are marked By country. You can easily view the country groups in a campaign by hovering over the tooltip. 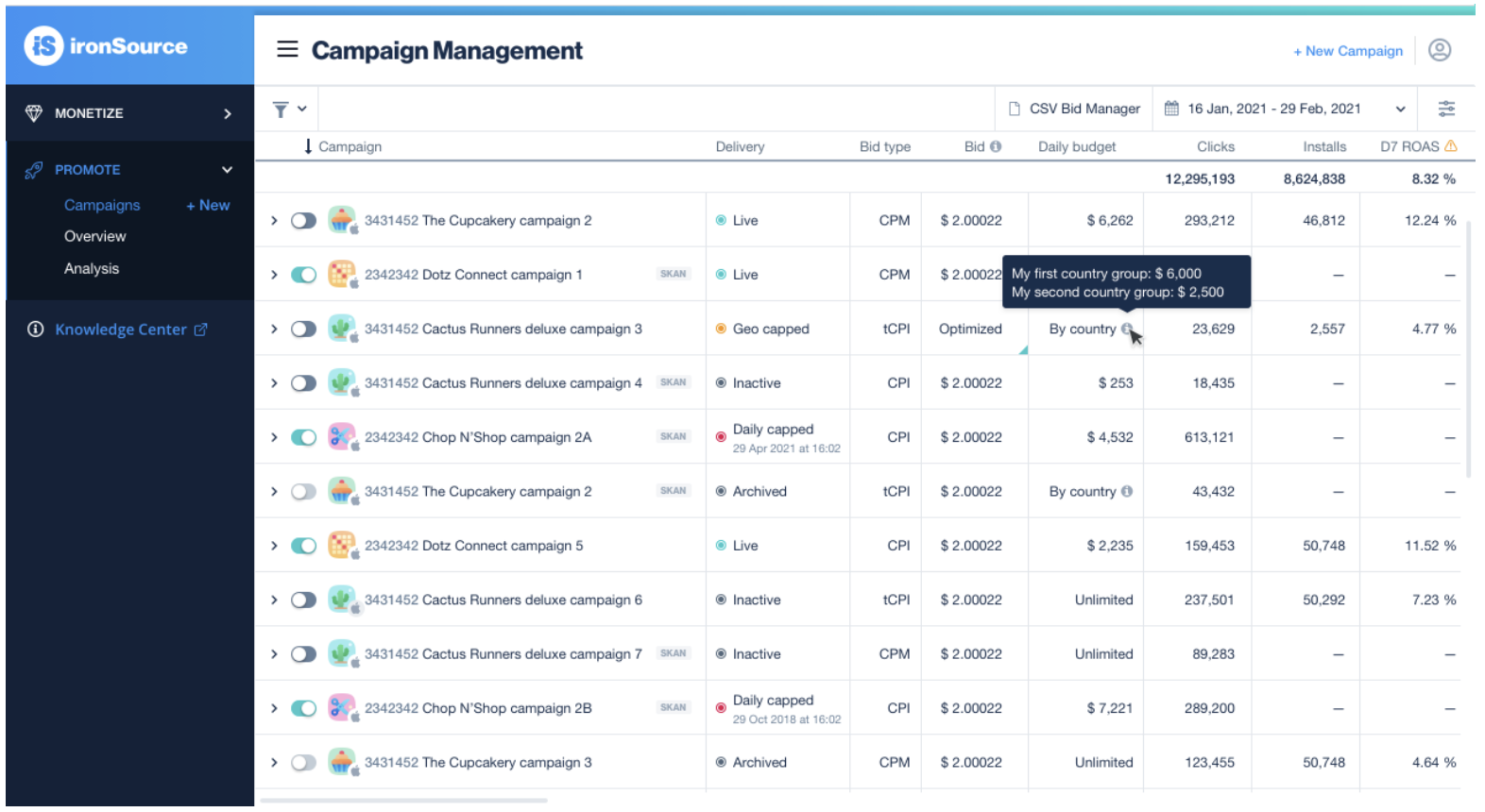