A target cost per install (tCPI) bid lets you choose the amount you’d ideally like to spend each time someone installs your app. Set your tCPI bid on the app, geo and/or campaign level and ironSource will automatically optimize towards your target.

You’ll be billed for tCPI campaigns based on impressions.

How to set up tCPI bids

You can set a default tCPI bid for a campaign or customize for each app and country.

Follow these steps to set up a tCPI campaign using the Campaign Generator:

Step 1: Select the tCPI bid type from the dropdown menu 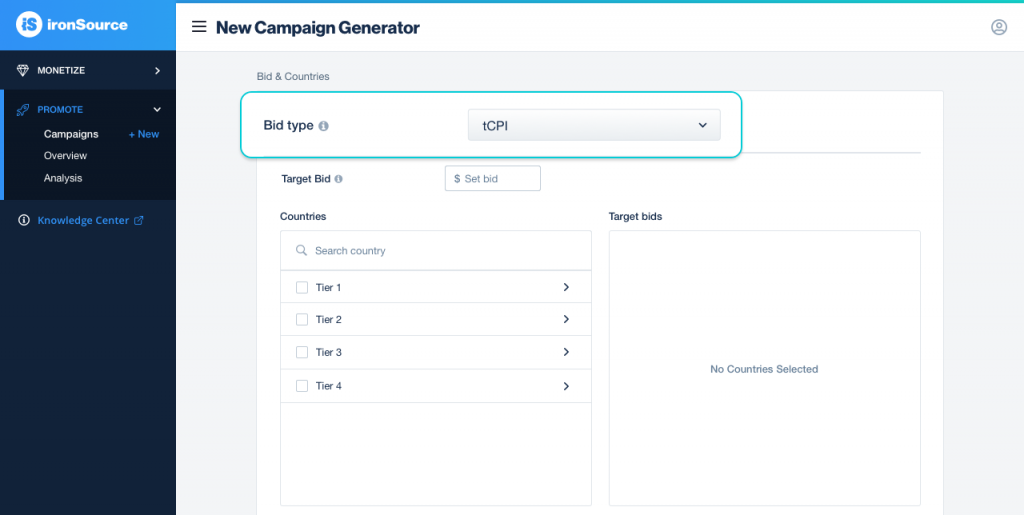 Step 2: Set your target bid for the campaign

Step 3: Select the countries where you want to run your campaign and adjust their target bids as needed 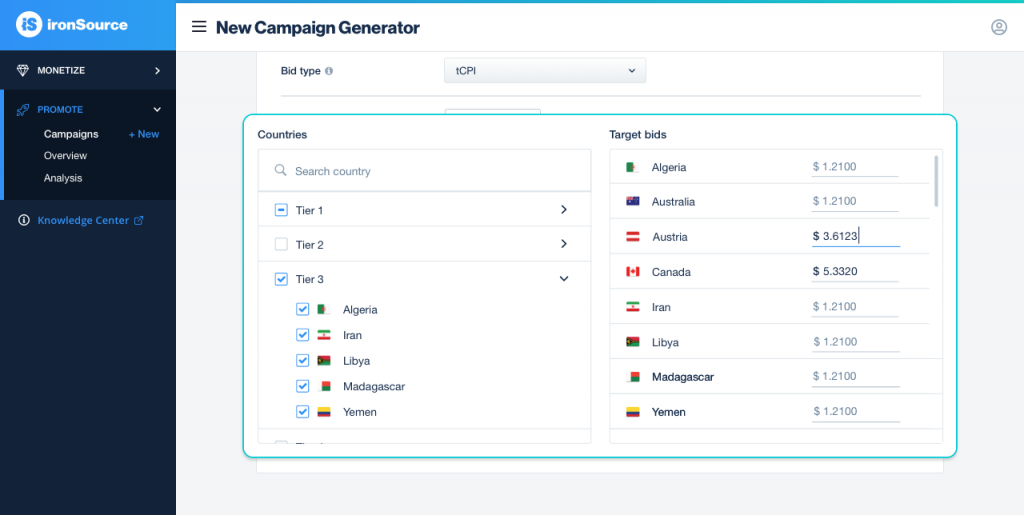 iOS SKAdNetwork reporting and optimization campaigns can only be set up with tCPI or CPM bid types.

You can update your tCPI bids for each app on the Campaign Optimization page, via API, or by uploading a CSV. 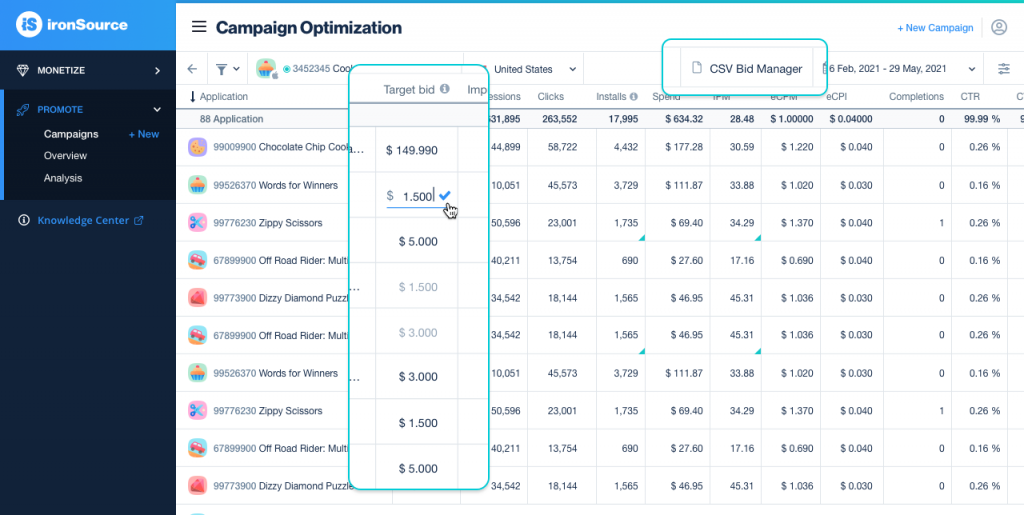 Advertisers may notice a difference between the target CPI entered when creating the campaign and the effective CPI for the campaign. This difference should be small; but there is a possibility that larger gaps could be seen the first few days a campaign is live while the model is still learning. Once impressions increase and conversions are better understood, effective CPI precision should improve.

Tips for a great tCPI campaign

As the model continues to understand how your campaigns convert, optimization will improve and the gap between effective CPI and tCPI will narrow.